When I started this journey I was glad that I'd broken the trip between Christchurch and Bealey into two. The distances don't look too long, but there was a fair bit of climbing, and as I was to discover, a headwind for most of the day. On the plus side, the roads were quiet and the weather was dry. 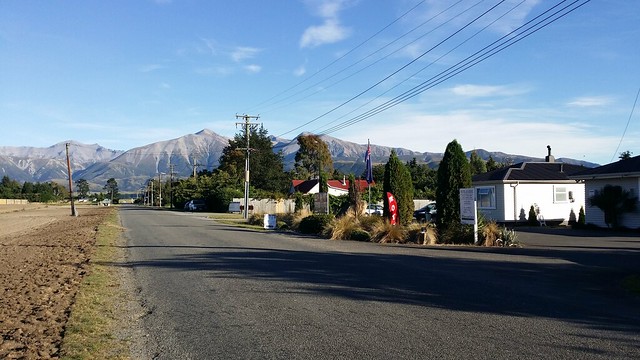 I left my Springfield Motel in beautiful sunshine and headed West - for the hills. My flat road very quickly began to steepen and the hills would not go away. They pretty much lasted all day. 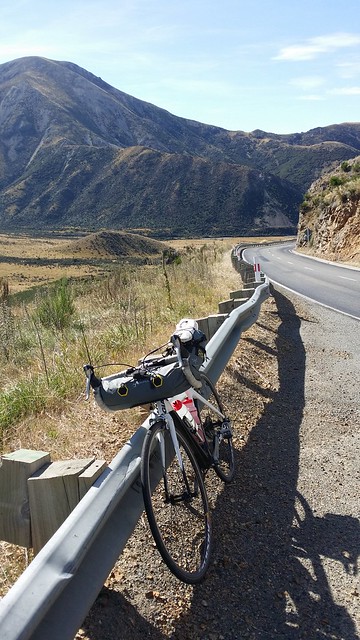 Things eased a little as I cycled across a saddle to Castle Hill. 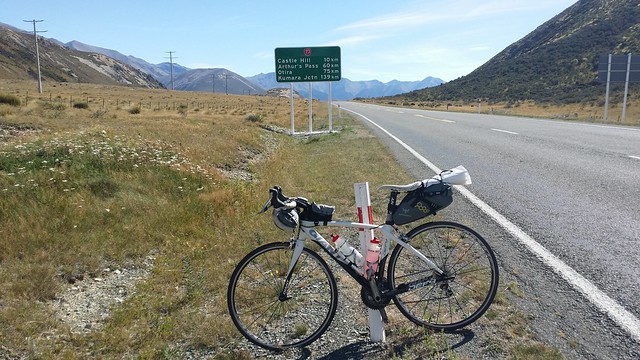 Castle Hill was a rocky outcrop on a hill, and looked something like a ruined castle. 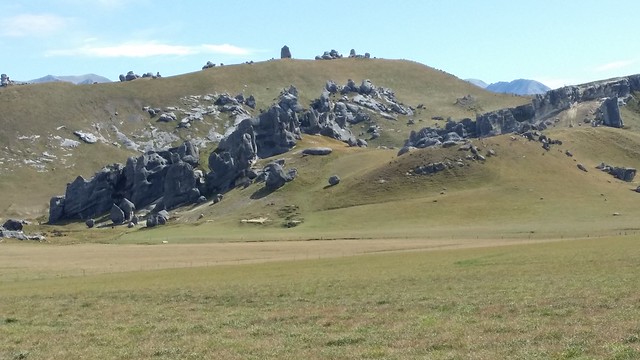 From the isolation of cycling alone on deserted roads, I suddenly found myself in an area full of tourists, all heading out to walk around the castle on the hill.

Continuing on, I finally arrived at the Bealey Hotel at about 3pm. The hotel was really a pub, but there were cabins next to it, which had private rooms and shared kitchen and bathrooms. There was also a washer and drier. So I checked-in, did my laundry and then headed to the pub for something to eat. The views were stunning as you can see, looking across the Bealey river. 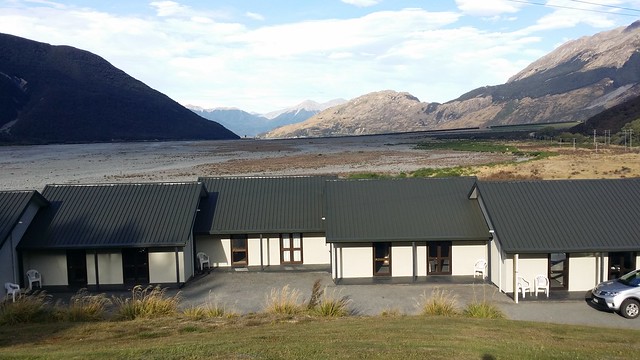 Once I got to the hotel and ordered my meal, I noticed that someone had taken some brambles and sculpted them into some 'Moa' - which are some sort of ancient birds which roamed the area. 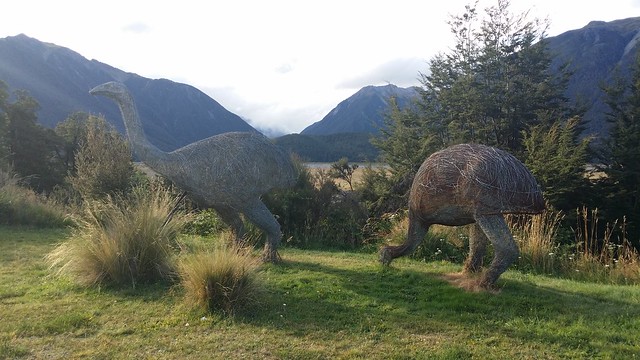 They looked slightly menacing, but were nothing compared to the much smaller menace. The sandflies. I had thought that the West Coast would have sandflies, and had bought the best anti sandfly treatment I could find at Christchurch Airport. But I did not expect to need it so soon into my trip. 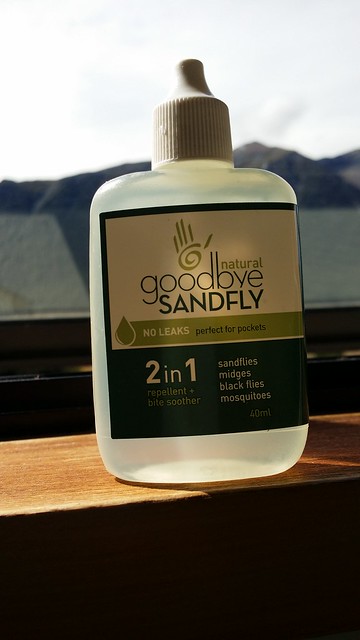 It smelt lovely, with tea tree oil, lavender and something else which presumably sand flies hated. Whatever it was, the potion worked a treat, and I was not bothered by those nasty menaces for the whole trip.

End of the day, and nice black beer and a glass of black sambucca. 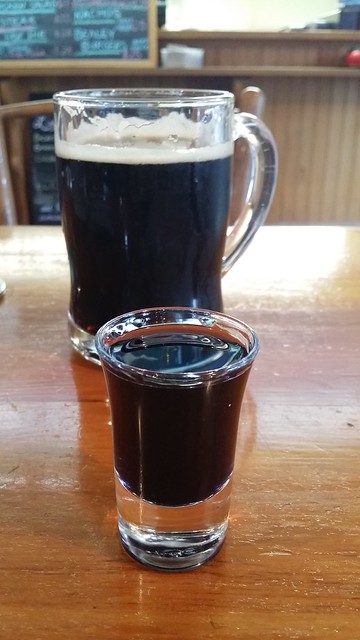 Tomorrow would be a long day, so an early night was in order. Plus I was still not really making many friends.