The Air New Zealand flight landed at Christchurch at 1:30pm on the Friday. I had already emailed the airport beforehand, to ask how to dispose of my bike box. Their response was an indication of the welcome cyclists are given in New Zealand, and contrasts markedly with the New South Wales state government that takes a most unfriendly view of bikes and their riders. They told me to leave the box next to the 'bike assemble area'. So they had planned for people such as me to arrive and need to build up their bike and cycle off. It was so easy, even with one arm. Several people stopped to photograph me and the assembly area as they wanted to show people in their home country how it should be done. Unfortunately I had a smart phone SD card failure at that point and lost my own photo of the scene.

My route out of Christchurch was tricky. I had printed the 'turn by turn' route from Google Maps, and that would have done fine, but it was difficult to follow that route and to cycle. So I went off route and headed towards Christchurch, which was my first mistake.

My second mistake was to try taking the main trunk road West from Christchurch (the 73). That was full of heavy traffic. Eventually, after about 40 minutes of very defensive cycling the roads became quieter. I was on the wrong road. I should have been on the 'Old West Coast' road, but that was somehow North of me. So I chose to take a right turn in the hope that it would take me to that road. Well it did eventually, but only after about 20kms of cycling on a gravel road. It felt like some scene from a Mad Max movie. When cars came along (and their occupants gave me a long hard stare) I needed a scarf to stop myself choking on the dust. I was lucky not to get a puncture, and I was beginning to wonder about my decision to leave the map at home. 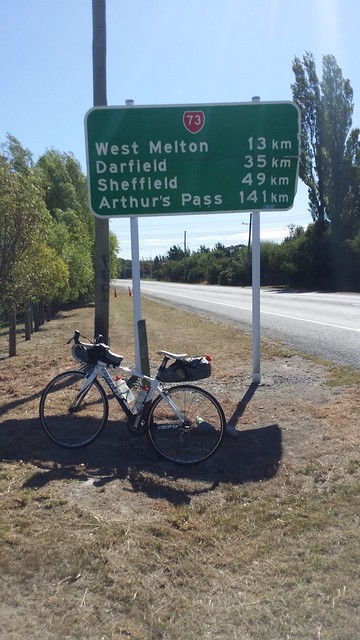 Eventually, by a place called Sheffield, I joined the Old West Coast road. But by then the sun was falling rapidly, and I wanted to try to catch up with my itinerary. So after a quick photo, I pressed on. 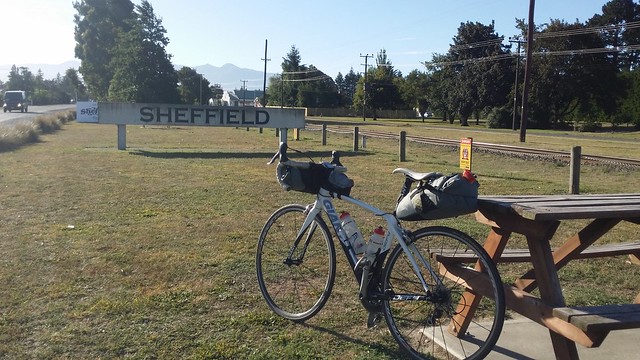 I arrived at my day 1 destination of Springfield after another half an hour, and was very clear as to my priorities after I checked in.

I quickly showered twice, once with my cycling clothes on, and after hanging my cycling clothes outside to dry, I headed for the only pub in town for a meal and a pint. Day 1 a bit wayward on the route finding, but mission accomplished. Time to sit back and look at the doughnut! 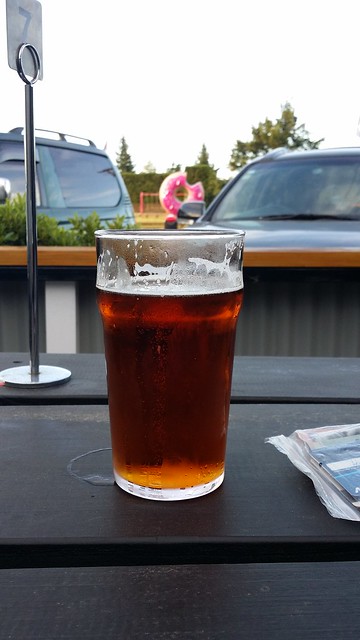 Of course the day didn't end there. It ended in my bedroom with me trying to manoeuvre my wet cycling clothing around an oil filled radiator, so that all would be dry by morning. Long night, but it worked.